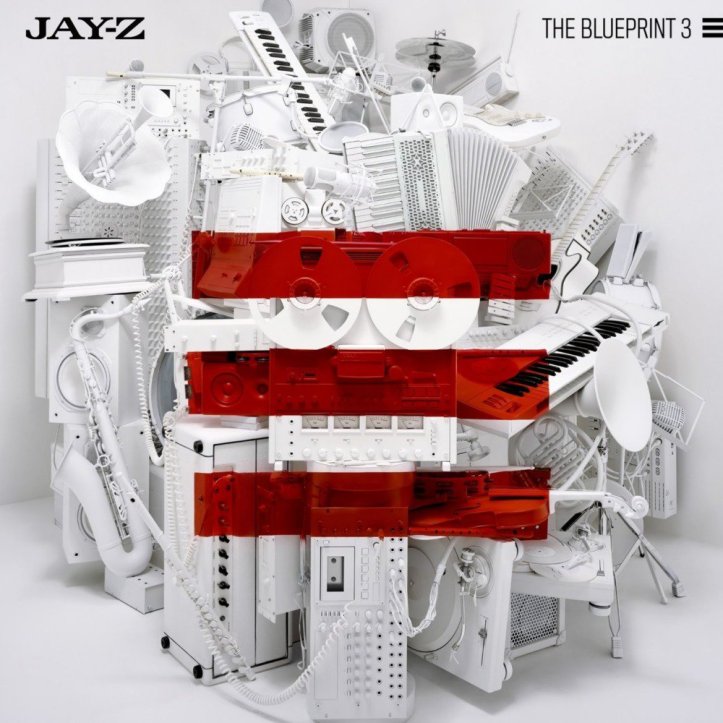 The Blueprint 3, The latest release from The Greatest Rapper of All Time (in my opinion) is out. I’m going to go track by track, to give my impressions (plus, it give me another excuse to listen to it all the way through again ^_^).

A nice way to open the album. A good mid-tempo track, with Jay Z talking about himself, as well as the state of the rap game in general. Austrialian singer Luke Steele does a decent job on the chorus.

Only rapper to rewrite history without a pen, No I.D. on the track let the story begin…

For some reason, this song had to grow on me. When I first heard it, it didn’t really grab me. But the more I listened to it, the better it got to me. This is almost a rock song, with a thumbing beat that Jay flow effortlessly over.

Life’s a game but it’s not fair, I break the rules so I don’t care.

Here’s where the album really picks up. Great beat. Jay’s @ his best, Rhianna’s vocals are superb, and Kanye West almost upstages Jay with his verse near the end.

I’m the new Sinatra, and since I made it here, I can make it anywhere, yeah they love me everywhere.

Slowing down a little bit again, with a track that has Jay revealing his love for his home state, backed by a killer chorus by the Amazing Alicia Keyes.

Follow in my footprints you can’t fail, set sail, I used to duck shots but now I eat quail.

PASS. The first weak link of the set. I’ve never like Young Jeezy, and I don’t feel he adds anything to this track. I suppose this helps Jay keep his “street cred” with the kids, but it does nothing for me.

Hov on that new shit, niggas like how come? Niggas want my old shit, buy my old album.

Good lyrics, but the beat takes some getting used to. Producer Swizz Beats doesn’t really ad much to it. It’s a decent track overall, but not one of my favorites.

This ain’t Black versus White, my nigga we off that, please tell Bill O Reilly to fall back. Tell Rush Limbaugh to get off my balls, its 2010 not 1864.

A dope beat by Timbaland, not the type of beat you’re used to hearing Jay on, which shows his willingness to experiment. This is the perfect song for dancefloors in clubs. However, like Swizz Beats in the previous track, Drake on the chorus doesn’t add much to the song, it could have been done by anyone. Also, all of the talk about moving towards “the future” might have had more impact if Jay didn’t insist on sticking with using the “N-word.”

[Lil’} Wayne scorching, I’ll applaud him, if he keep going, pass the torch to him,

Things really pick up again with this track. Jay gives a history lesson on rap, showing respect to his peers, as well as encouragment to some of the newer guys, with brilliant lyrics. Newcomer J. Cole’s verse @ the end also shows promise.

“I thought shorty liked Mike, found out she likes Prince. Thought she was Adrian, it’s been rocky ever since.”

A very clever track, with Jay rapping about the beginning and end of a relationship with a woman who was his complete opposite. There’s an uncredited woman’s voice on the chorus, that sounds like the woman in LL Cool J’s hit single “Doin’ It.” Don’t know if it’s the same, but this is one track that probably could’ve benefited from a full co-feature by some female rapper, to tell her side of the story. Nevertheless, this is a good song.

“And as for the critics, tell me I don’t get it. Everybody can tell you how to do it, but they never did it.”

A nice, mellow, catchy, song, with a flowing melody, as Jay raps about his critics, both in the rap game & out of it (even addressing the “camel-face” insults. Kid Cudi does a good job singing the chorus.

A short and rather uninteresting track, with Jay & Kanye rapping in some goofy accent about all of their “haters”. PASS.

“10 number 1 albums in a row, who better than me? Only the Beatles, nobody ahead of me. I crush Elvis in his blue suede shoes, made The Rolling Stones seem sweet as Koolaid too.”

A mid-tempo track that’s essentially Jay bragging about how successful he is. Decent, but nothing special.

“Motivation to me, is them telling me what I could not be”

Slow track, with a nice message about what it takes to succeed, but overall rather uninspiring. Pharrell does his usual job on the chorus, but this isn’t one of their best collaborations.

“So we live a life like a video, when the sun is always out and you never get old.
And the champagne’s always cold, and the music’s always good. And the pretty girls just happen to stop by in the hood.”

Jay samples a classic 80’s hit (Alphaville’s “Forever Young”) in this song, to brilliant effect. His lyrics are about feeling nostalgic for the past, enjoying the present, and preparing for the future. A great song to close out this album.

So, to wrap it all up, I’ll say that this album’s biggest weak spots come from a few of the guest-artists, who’s additions seem unnecessary, and only designed to help Jay stay in touch with the younger kids. Instead of guys like Young Jeezy and Drake, he should have been getting Nas (who was reported to be on an early track), Eminem, and artists of that caliber.

I’ll also say that it’s a tad shorter than I’d expect these days. Another two or three songs (such as the previously released “Jockin’ Jay Z”) would have helped round it out more. But, overall, this album proves why Jay Z is, at almost 40 years old, still at the top of his game.