THE SHAHS OF SUNSET and THE SUPER BOWL 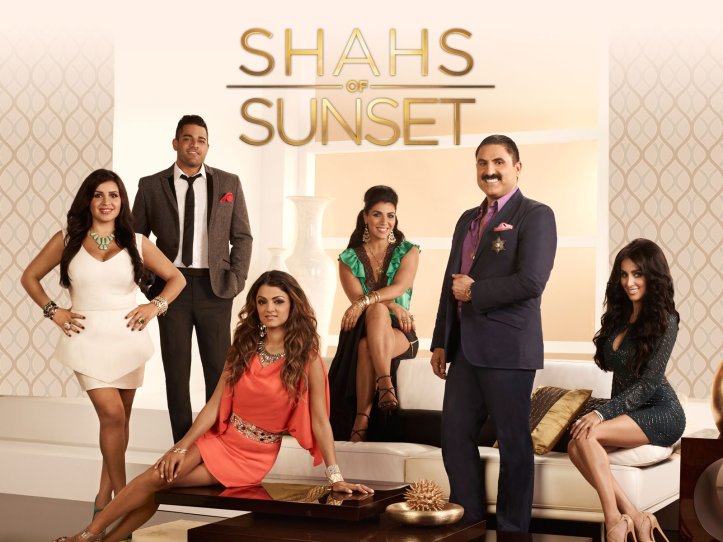 As I type this is 10am and I’m watching a rerun of SHAHS OF SUNSET on Bravo, because my new favorite “reality” TV star is Mercedes Javid aka MJ. After I posted MJ IN A BIKINI last night, the woman herself retweeted it on Twitter, and thanked me for it, and within an half hour my post had over 500 views, topping out at over 700 by the time I went to sleep (& almost hitting 100 views, so far, this morning). So consider me her number one fan now!

This show is pretty interesting, as far as “reality” shows go (I always put that in quotes, since I know that these shows aren’t 100% “real”). I used to be a member of The Baha’i Faith, for about 2 1/2 years, and that’s a religion that originated in Iran, so I got to know a lot of Iranian-Americans (although they prefer to be called Persians), who were also believers, during that time. So I’m somewhat familiar with that culture. When one member of the show, Asa Soltan Rahmati, talked about the discrimination she felt from other Persians, because of her relationship with Jermaine Jackson Jr., I recognized that. Not that I ever felt any Persians acting racist towards me, personally. But I noticed that Persians tended to be a bit closed-off, when it came to relationships. One of the standing principles of the Baha’i Faith is the oneness of humanity, and that all racial, ethnical, and national barriers are irrelevant, and so I’d see a lot of interracial relationships among Whites, Blacks, Asians, and Hispanics within the faith, but you didn’t see that much with Persians. They stick with other Persians when it comes to dating and marriage. During that whole time I was in it, I recall meeting one Persian man who was married to a White woman, and one Persian woman who had been engaged to a Black man (until he dumped her, and then when I asked her out, she turned me down). But that was it. I guess it’s just a cultural thing, I doubt most even consciously think about it, it’s just sort of expected that if you’re Persian you’ll eventually marry another Persian. No

Anyway, I have several other topics I’m preparing to write blogs about, but I won’t bother posting any until tomorrow, since I know that most of the views this blog gets are from America, and virtually everyone in America is going to be watching the Super Bowl today, so they won’t be reading this. I won’t be watching since, as I wrote about in SPORTS AND VIDEO GAMES, I’m just not into that stuff. So I guess I’m the only Heterosexual Black American Male whose not going to watch the Super Bowl. Like I said, part of me wishes I was into sports, because I when I read about and see people posting pictures online of their Super Bowl parties, it looks like fun, but, oh well.

For the record, not that I care, but I guess I’m rooting for the San Francisco 49ers to win, just because they’re the West Coast team. So good luck to them.