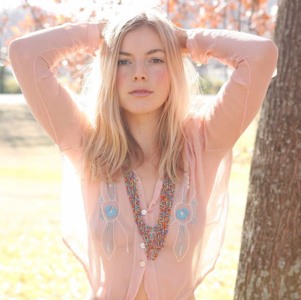 REVISION (JAN. 15, 2014): Considering how widely viewed this post continues to be since it was first posted July 7th of last year, I guess I should put this message at the top of the post. I was thinking of changing the title of this post, but I don’t want to mess with any previous links. So let me just say, for those of you who were brought here after looking up the song from that Subaru commercial, or from the pilot episode of Red Band Society, or from the Grey’s Anatomy season 11 premier episode, the song is now called “I WILL BE THERE” and the artist simply calls herself ODESSA. It is available for purchase and download on iTunes, either as a single or as part of her 4-song self-titled E.P., which I review HERE.

Here is the post as it originally appeared when I first wrote it on July 6th 2013, and the song was still called MOUNTAINS, some of the links may no longer work.

Ever since the last episode of Mistresses, it seems like every fan online has been trying to find the song that plays during Karen’s (Yunjin Kim) last scene, as she’s writing the fake notes about Tom, saying that he was suicidal. I had someone ask me about it in the comments to my blog, so I rewatched the episode on the abc website, just so that when it got to that scene at the end I could write down the lyrics. If you ever need someone to cry to, if you ever need someone to hold you, I will be there, standing by your side. I tried typing the lyrics in google, but no matches came up. I tried asking Season Kent, the music supervisor for the show, on Twitter but she never replied. I found that ABC has a page on their website called Music Lounge, which lists the songs from each episode of Mistresses but, as of today, they still haven’t updated it to include Episode 5. I also noticed I was getting a bunch of hits on the blog from people searching for the name of that song (hence, why I’m posting this follow-up).

Well I FINALLY found it today, this singer called ODESSA ROSE. She has a page on SOUNDCLOUD with several songs, including MOUNTAINS And that’s the song!

Man, I’d been thinking about it all week. It was driving me nuts. Glad to finally have that off my mind.

It’s strange, I can’t find much about Odessa Rose online. No website, or blog. The Soundcloud page says she’s from Nashville. I found this photoshoot by Laura Dart of Dart Photographie from March 12 of this year, which says she’s about to release her long awaited debut album, but I can’t find any info on that album. Further online investigating shows her full name is Odessa Rose Jorgensen and she is on Facebook, but it’s just a regular profile page, not a Fan Page, plus a Twitter profile that she doesn’t seem to use much. There’s some videos on Youtube of her performing other songs, but I can’t find one of her performing MOUNTAINS yet.

Well, with all the publicity she should get from Mistresses, I’d guess that it’s just a matter of time before we hear a lot more about her.

Edited to Add: Here’s some more links I found about Odessa-

UPDATE 1/13/14: According to my 2013 annual WordPress report this post is my most-viewed entry of 2013, and continues to get new hits daily (5 hits today, so far). This did surprise me, seeing this song so popular 6 months later, months after Mistresses’ 1st season ended. Well, it’s about 6:40am as I type this, I woke up and while still in bed I turned on the TV and was watching a rerun of Fresh Prince of Bel-Air, and I just saw a Subaru commercial featuring this song! So that explains why the interest in this song is still so high. As far as I can tell it’s still not officially released, so people must be hearing it in the commercial and then trying to look it up online, just like fans of the Mistresses did after we heard it on that show. So to all you new readers who have been brought to this post via google searches, yes, this IS the song you were looking for.

I tried to find the commercial on Youtube, but couldn’t yet (& I’m about to leave for work now). For whatever reason, Odessa still doesn’t seem to be doing much promotion for herself. I found a website she has, http://www.thisisodessa.com/, which is pretty bare right now, and links to a Facebook Fan Page, which doesn’t look like it’s been updated since Sept. 2012, and a new Twitter profile, which has never been used. But she seems to be active on Instagram. Maybe all you new fans should hit her up online, and let her know how much you like her song and would love to buy it?

UPDATE 1/14/14: Thanks to a person on Youtube, I found out that this song has been renamed “I Will Be There” and is actually available on iTunes! Looks like the old Soundcloud page has been shut down, and she’s simply going by the name Odessa now. Hopefully this is just the start of more new music to come from her.