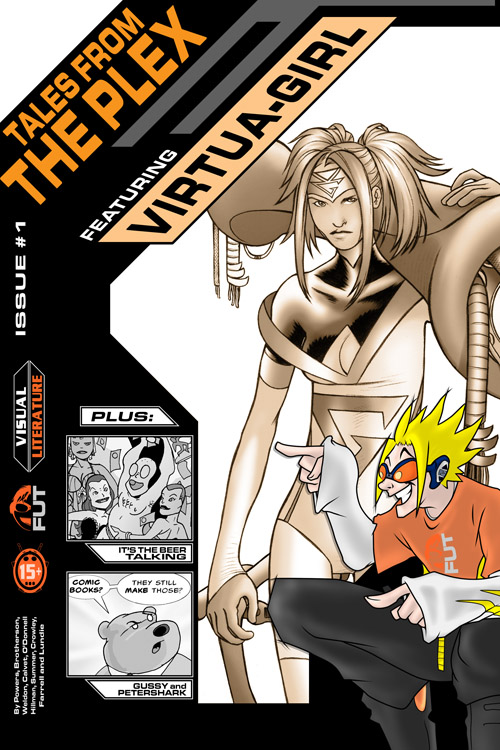 I happen to be a fan of comic-book anthologies (as evidenced by my recent review of PITCHED VOL. 1) . Unfortunately, it’s something the major comic-book publishers have moved away from, especially in this era of “decompression.” But I think it can be a good way to promote new talent and new characters.

Alan Moore (or, as I like to call him, “GOD”) has said that he thinks he is most fortunate to have gotten his start writing short stories in anthologies. He said that the practice of writing short stories helps train writers to learn how to be concise, and tell the story in the most entertaining way, without falling back on long explanations of everything. It also helps writers learn to meet deadlines, since the stories often need to be done as quickly as possible.

TALES FROM THE PLEX is a 15-issue anthology series, published by Futurius (now known as Dann Comics). Each 26-page, black & white issue is “hosted” by Fut, a delightfully funny character who serves as a sort of cartoonish Rod Serling for the series. Some of the stories can be as short as 1 page, other up to 12 pages. Most are illustrated stories, but several issues feature a prose story, as well.

Admittedly, I may seem a bit biased, due to the fact that I have written one of the stories that appears in #9 of this series. 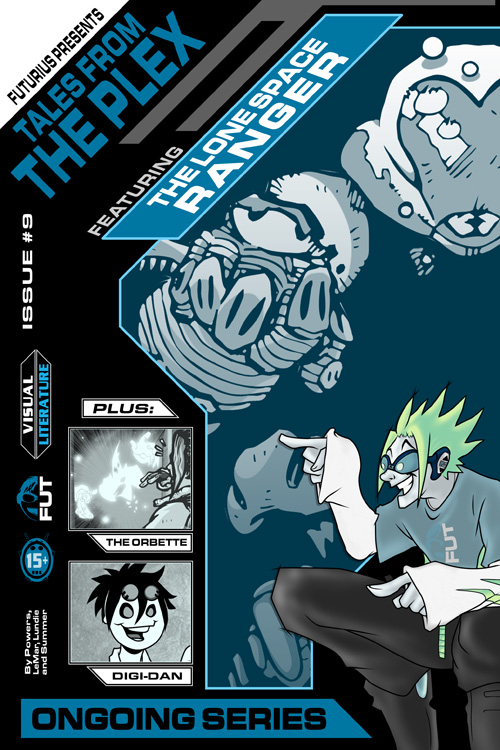 But I promise that I am being completely fair and balanced when I recommend this series. There is really something for everyone in it. Some of the stories are serious, some are humorous. There’s sci-fi, horror, superheroes, and almost any other genre that you can think of. And there is a variety of art styles, too.

I certainly can’t say that every single issue is a complete winner (though, obvious, my story is brilliant), but the great thing about anthologies such as this is that you should @ least fine one story in each issue that you enjoy. And, I’m telling you, chances are, you’ll find yourself liking more than just one story in each issue.

It’s hard for me to single out a specific issue (other than the one I’m in, of course), since it’s not a traditional series. Most issues stand on it’s own, so you could order any one random issue, if you just want to try it out, but there are several stories that are serialized over multiple issues.

CAPTAIN CAVERN, by “Scary” Larry Williams & John Nelson appears in TFTP #5 & TFTP #6. This is a story reminiscent of the old pulp fictions, where a brave hero fights a tribe of Troglodytes, who live deep underground. I enjoyed the story, but was not happy with the artwork, which looked too messy to me.

THE BASEBALL FURIES by Nick St. Amant, Giancarlo Limo, & Stephen Sharp is a delightful tale about a rock band/superhero team, made up of talking animals, as they fight Cthulu’s plans for world domination. This runs through TFTP # 6-8

ART SUGAR by Michael Murphy & Celina Hernandez runs in TFTP #12 & 13 & is about young artists, who use artwork to spread the seeds of anarchy, which, naturally, puts them @ odds with the local government.

And then TFTP # 14 & 15 have two different stories that spread out over both issues. MURDER FROM BEYOND THE STARS by Chad Nevett & Brice Hall and END OF AN ERA by Preston Cooper & Mark Lauthier.

So, depending on the commitment level that you want to try, you could either buy a set of those particular issue, so that you can a complete serialized story, or first try one of the other issue, which are all complete short stories. 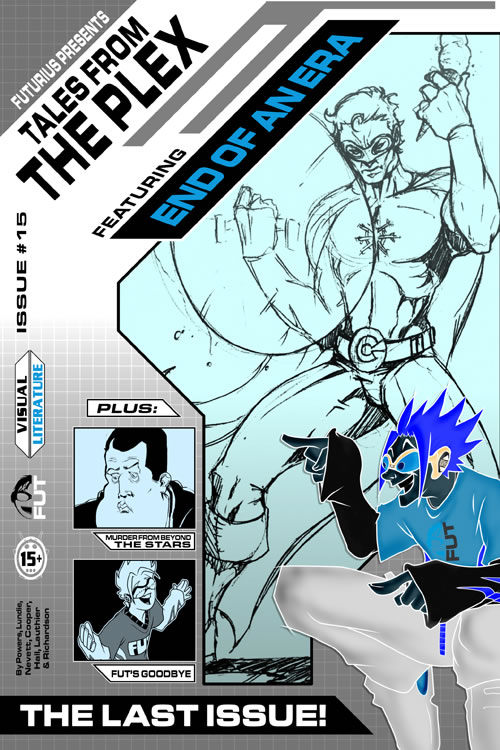 They’re all available via Indyplanet.com, which is a Print On Demand company. So when you place an order, they print the comic, and then ship it to you. Turnaround is usually two weeks, but will obviously be a bit longer the more issues you buy. But the advantage is that since there’s no back-stock for them to store, there’s never any danger of them running out of any issue, and the price (a reasonable $2.50 per issue) will never go up either. If you can’t afford any comics now, come back in month. Or two. Or six. You’ll still be able to get them.

And one last thing I’ll say, it’s obvious from reading these stories that each and every creator who worked on it put their heart and soul into it. No one did this for money (heck, this has cost me a ton of money, for all the copies I bought myself to give to my friends), but for the love of creating comics, and seeing their stories in print.

So, go ahead, treat yourself to some good comics!