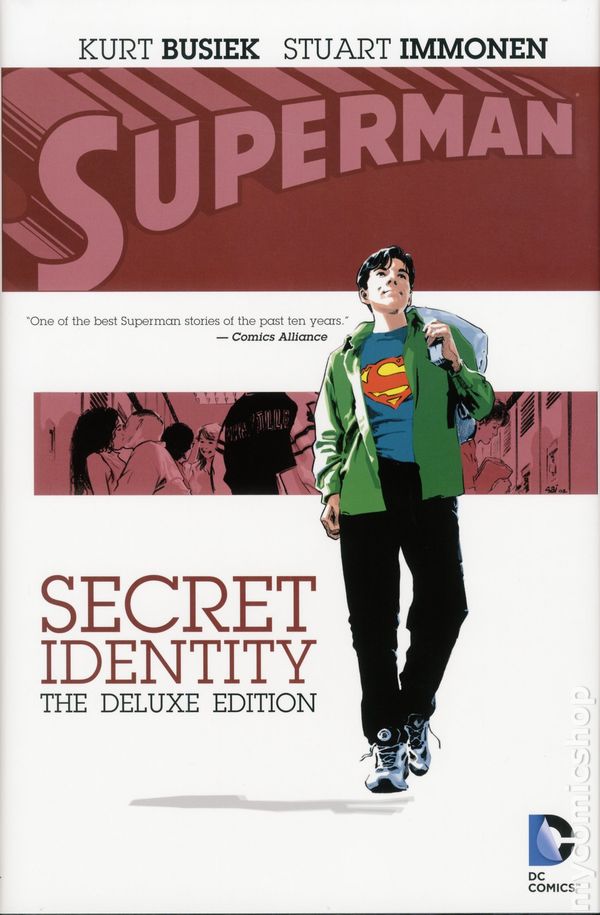 This is a 4-part miniseries published by DC Comics in 2004. I only just acquired it recently, after hearing it being spoken highly of on some message board. And I must
say that it is a most excellent story.

This takes place in the “real world,” where a young boy has been named Clark Kent by his parents and lives in a small town in Kansas. The first book opens on his 15th birthday, in which he is receiving a bunch of Superman-related gifts from his relatives. We learn this has been a regular occurrence throughout his life, and Clark always politely accepts the gifts, but the truth is that he has no interest in Superman, or comic-books, and is in fact not at all happy to be stuck with his name. He’s picked on at school, and dismissed as a nerd. Then, one night, while he is out camping alone, he miraculously discovers that he can fly. And he soon realizes that he has all of the powers of Superman. Initially, he keeps his powers a secret, but during a flood he feels compelled to help out, and rumors start spreading of a “super boy,” although most people think it’s a hoax. Eventually, Clark decides that he wants to go public with his powers, but during an accident, when he sees how people react to him, he pretends to not really have powers and resolves to keep his powers secret forever. 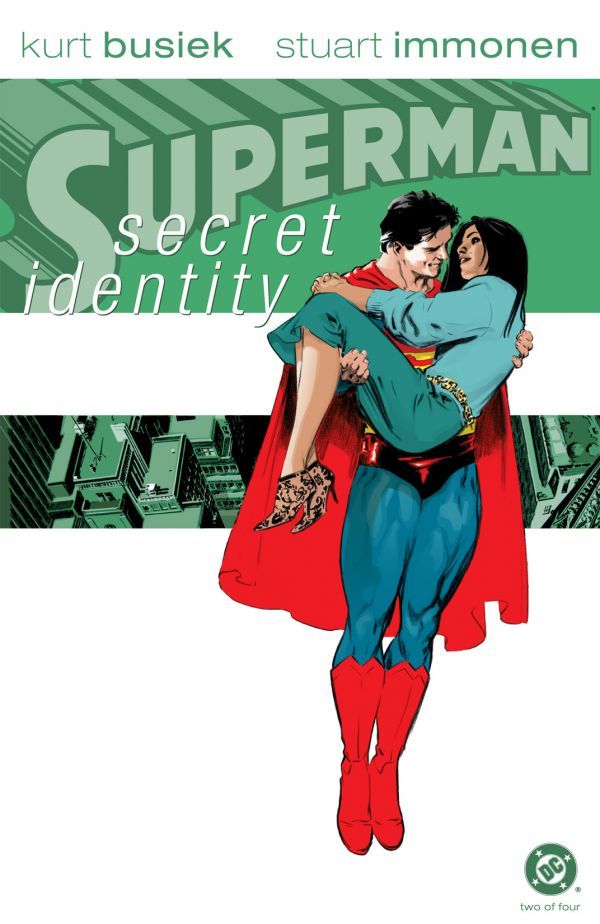 In book two, Clark is an adult, living in Manhattan, and working as a writer for The New Yorker. He’s been continuing to use his powers in secret to help people whenever he can. He wears a Superman costume when he goes out, because he said it makes people less likely to believe anyone who sees him because, after all, everyone knows that Superman is not real. His coworkers occasionally taunt him because of his name, and he is set up on a blind date with an Indian-American woman named Lois. Despite an awkward first meeting, they hit it off, and become lovers, although Clark hasn’t told her about his powers. One night, while trying to rescue a sinking boat, Clark is ambushed by the U.S. Military, who blasts him with some kind of electric device, and he is knocked unconscious. When he comes to, he’s in some kind of secret lab where he’s being examined by scientists in radiation suits. He sees the bodies of several other men and woman, and at least one young child, on tables, and he breaks free and destroys the entire place. He starts wearing glasses at work, as a disguise, which causes even more jokes from his coworkers, and then he reveals his powers to Lois. 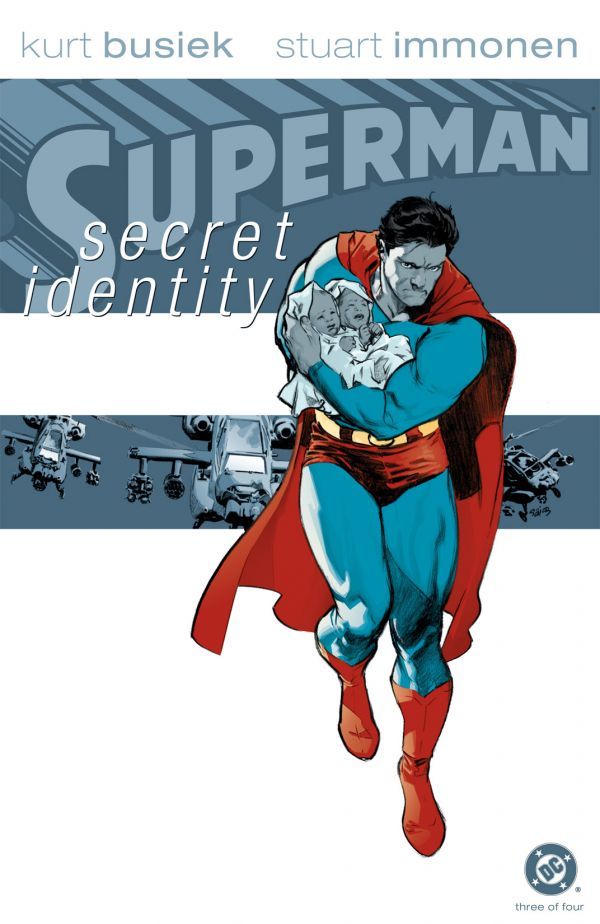 In book three, Clark and Lois are married. He’s now a successful author and continues to secretly help people with his powers, as the Government continues to attempt to capture him. When Lois reveals that she is pregnant (with twins), he decides that he needs to do something to get the Government off his back, lest his children be in danger. So he arranges a meeting with a Government agent named Malloy and proposes a deal. He will agree to help on various covert missions, as long as they’re not political missions (like assassinations or coups), and in exchange, they agree to stop trying to capture him. 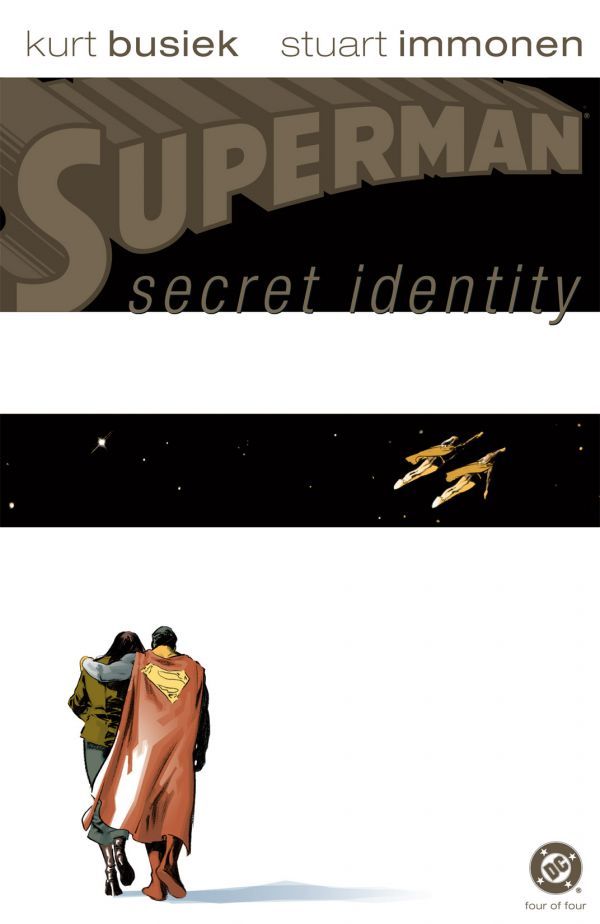 In book four, he’s older and his two daughters are grown. He continues to work for the Government, although he’s noticed that his powers are starting to slightly fade with time. As such, he begins to seriously consider his origins, and tries find the explanation for his powers. I won’t say any more, for fear of spoiling the ending.

I do have some slight complaints about how Busiek chose to end it, although it is generally very satisfying. Other critiques I’d point out would be that I thought having Clark being such a victim of bullying in school was a little cliche, as was his later decision to start wearing glasses. I also wouldn’t expect his adult co-workers to make that big of a deal about his name. Sure, it would be a joke when they first meet him, but after that I don’t think they’d be making fun of him all the time, or on a regular basis, the way it’s portrayed in the book. I personally knew a guy named Tom Sawyer, and didn’t keep bringing that up to him. But, speaking of the name, I would also expect that when Clark starting writing his books he would have used a pen-name. Surely his editors would have insisted on it, for fear of readers thinking it was some kind of joke. But he just used the name Clark Kent for his books.

Nevertheless, despite these minor quibbles, I found this series to be extremely well-written. I already considered Kurt Busiek to be one of the best comic-book writers in the industry, and this is one of my favorite examples of his work, 2nd only to Astro City. It’s definitely the best of any “Superhero In The Real World” story that I’ve ever read. Busiek is ably assisted by artist and colorist Stuart Immonen, as well as letterer Todd Klein. I highly recommend this book, especially to fans of Superman, but I’d also say that this may be the perfect gift to give to a comic-book reader who doesn’t particularly care for Superman.