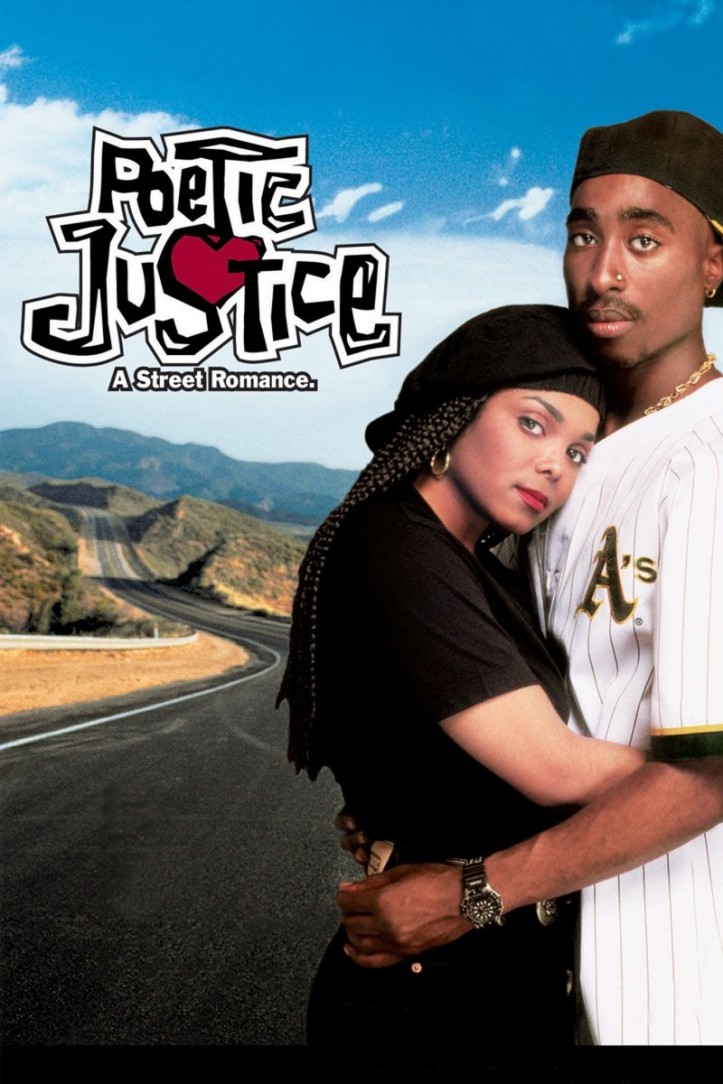 This was the second film to feature Tupac in a starring role. This romantic/coming of age film was written and directed by John Singleton, who reportedly wrote the role with Tupac in mind.

Tupac plays “Lucky”, a young postal worker and aspiring rapper, who is also trying to raise his daughter as a single father. Janet Jackson plays “Justice”, a young hairstylist, whose last boyfriend was shot to death right in front of her, which causes her to be closed off to people, including Lucky. He tries to flirt with her when he delivers mail to the hair salon that she works at, but she coldly rebuffs him. It turns out that Justice’s best friend Iesha (Regina King) is dating Lucky’s coworker “Chicago” (Joe Torry). When Lucky and Chicago need to drive down to Oakland from Los Angeles, so Lucky can hook up with his cousin to work on some rap music, Iesha invites Justice, who needs to go to Oakland for a hair show, to ride with them.

So what follows is basically a road movie, as they drive along. Most of the time, Lucky drives with Justice in the passenger seat, while Chicago and Iesha ride in the back of the truck. At first all Lucky and Justice doe is argue, so much so that at one point Lucky even kicks her out of the truck, but Iesha makes them turn around and pick her up again.

I won’t spoil much more of the film, other than to say that of course Lucky and Justice get together in the end, as you’d expect from a Romcom.

Overall, outside of one funny interlude where the group crashes a family reunion in a park and pretends to be distant relatives, I found this film to be rather boring. Not once do I find myself caring about whether or not Justice and Lucky get together. And I have to put most of the blame for that on Janet Jackson, who was horribly miscast as Justice. I know she started as an actress as a little girl, and she may have been believable on Good Times, but never once during this film did I find her believable as a poor teenage girl from the ghetto, and those braids she was wearing where too fake-looking. Tupac did the best he could with the material he was given, but he and Janet just didn’t have any chemistry, so it didn’t work. This film probably would have better with Regina King in the lead role.

This film can be bought on Amazon