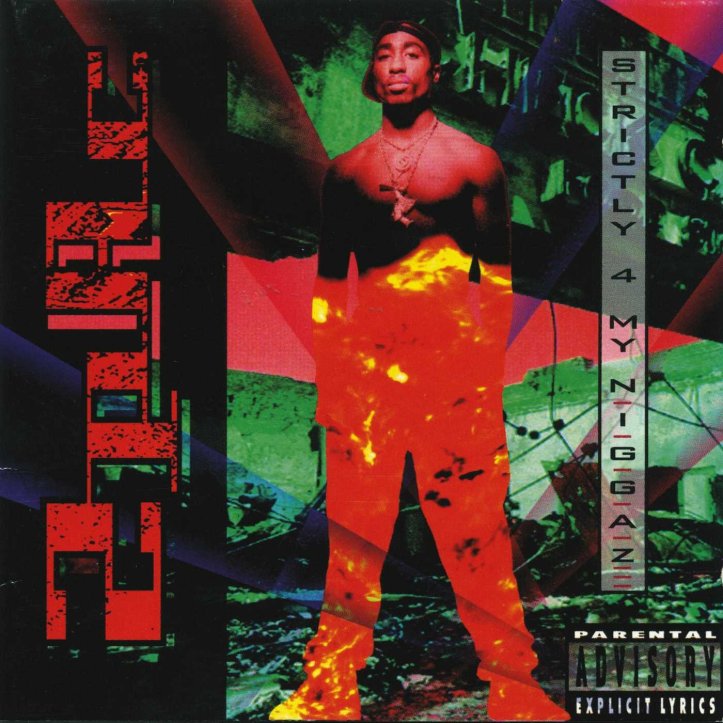 Released in 1993 on Interscope Records, this was Tupac 2nd album. Does it live up to the potential that was shown on his first album, 2pacalypse Now?

1/”Holler If Ya Hear Me”
A powerful beat, with Tupac rapping a virtual call to arms for his brothers to rise up. A perfect street anthem.

2/”Point the Finga”
Tupac wrapping about the bad publicity that he gets, and about being stereotyped.

3/”Last Wordz” (featuring Ice Cube & Ice-T)
A typical gangsta track, but Ice Cube and Ice-T bring their A-game to this track, and Tupac admirably olds his own with these two more experienced rappers.

4/”Souljah’s Revenge”
Standard gangsta track, not bad, but nothing special.

6/”Strugglin'” (featuring Live Squad)
A good beat, but a bad mix on this one. The music almost drowns out Tupac’s voice, I can barely hear what he’s saying. Bad production from Live Squad.

9/”Keep Ya Head Up” (featuring Dave Hollister)
A sort sequel to Brenda’s Got A Baby, David Hollister returns to sing on the chorus, as Tupac once again raps about single mothers and Girls in the Hood over a smooth R&B track.

11/”The Streetz R Deathrow”
Another gangsta track, that also calls out the struggles society puts on Black men.

12/”I Get Around” (featuring Shock G & Money-B)
A light-hearted track, about Tupac’s love for the ladies. His Digital Underground cohorts, Shock G and Money B also do well on this track. It’s a fun song.

13/”Papa’z Song” (featuring Wycked & Poppi)
A pretty good song about fatherlessness in the Black community, and Tupac’s desire to find a good adult male role model while he was growing up.

Overall, I was not as impressed with this album as I was with his first. While the first album found a decent mix between gangsta and political, this album singled Tupac’s turn towards more of the gangsta side. It’s good, but I expected more from him.

Strictly 4 My N.I.G.G.A.Z. is available via iTunes