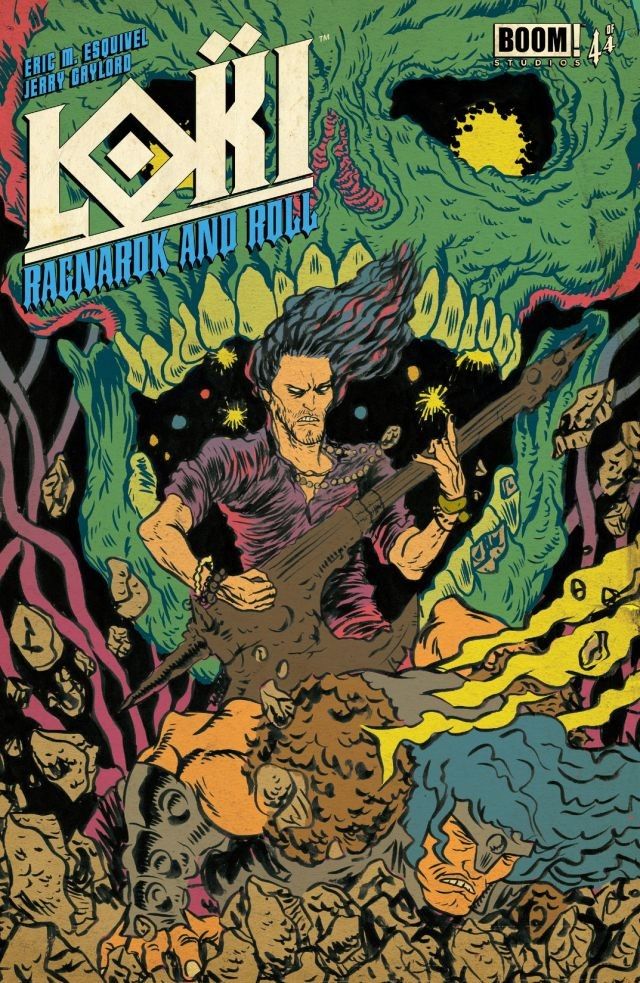 Well, this is it, the exciting conclusion to this miniseries. Loki is now the most powerful God in all of existence. And he has revealed himself to be the malevolent trickster that mythology always said he was. When even some of his fans try run out of the arena, he grows to giant size and locks the doors, declaring himself their new lord and savior, master of the universe!

And I guess I shouldn’t say any more, but trust me it’s very clever, with a twist ending that I guarantee that you will not see coming.

A few notes I want to say. The covers of this series are all drawn by Alexis Ziritt and, well, to be honest I don’t really care for them. The style just doesn’t work for me. I’m only bringing this up now because I realize some people may be judging the book by its cover, so to speak. So if, like me, you don’t care for the art and therefor think you should avoid this book, well it’s not indicative of the interior art which is by Jerry Gaylord, and is much better. Here’s a sample of one of my favorite panels from the first issue: 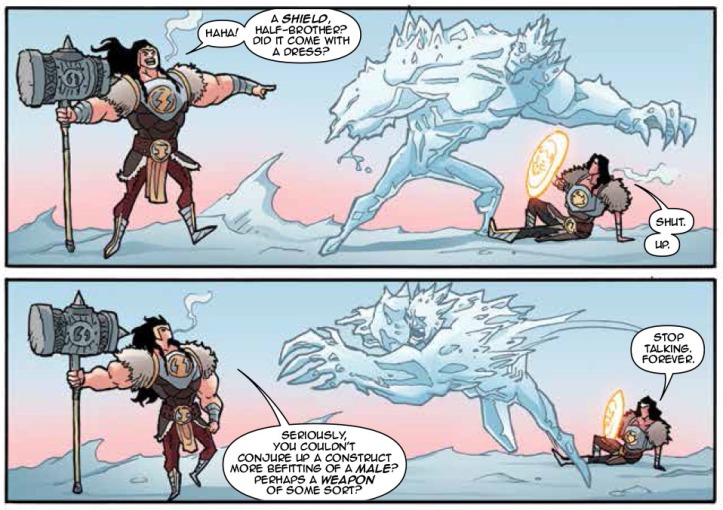 And from this issue a scene with the infamous Flying Spaghetti Monster. 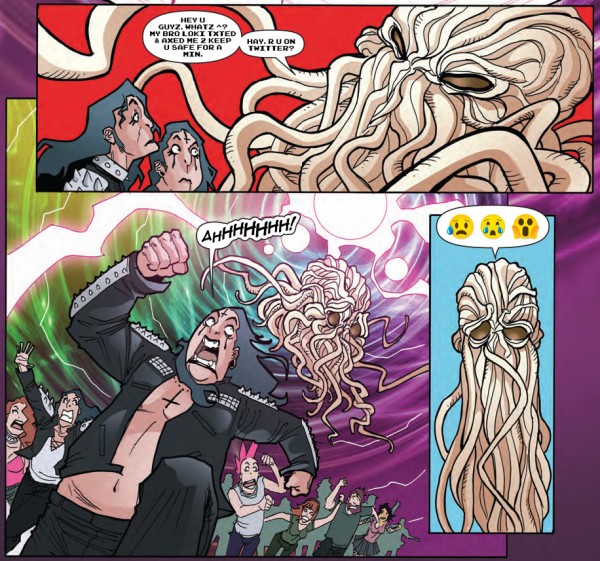 I was not familiar with Gaylord’s work before this series, but I’m very impressed with what I’ve seen here. And also I enjoy Esquivel’s writing, this is a fun book, packed with humor, without being over-the-top slapstick-y. As I said before I had been hoping for a sequel to his Thor: Unkillable Thunder Christ and this pretty much is it, even though it’s a different publisher and focuses on Loki. But it’s written in the same irreverent tone.

I’m sorry that I took so long getting to this miniseries, which ended a couple of months ago, but I’m glad I got it now. And all 4 issues are easily available on comixology. So if you’re a fan of Norse and other mythologies and superheroes and ultra-violence with a bit of humor, check this book out!