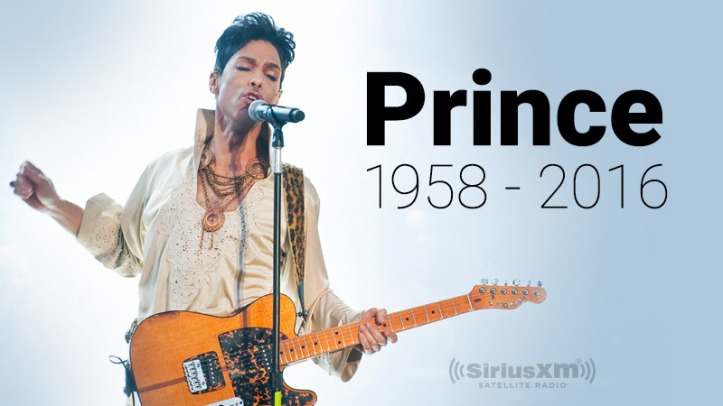 Okay, well, I need to write something. I’ve been thinking about this all day, and I’m honestly still not sure that I even have the words. Prince is dead. His Purple Majesty is no longer with us. I still can’t believe this. I found out at 10am this morning, as my morning break at work began and I went to the internet and there is was the headline. It’s almost 10pm as I’m starting to type this, and I’m still just…numb.

What can I say about Prince that hasn’t already been or is being said all across the net in a bajillion other blogs and news articles about him today?

I’ve written before about my lifelong love of Prince, and about the time I saw him perform live. And now I feel like part of my childhood has died. I grew up (mostly) in the 80’s, so Prince’s music makes up a large part of what I guess I would call the Soundtrack of My Life. I can think back to so many specific points in my life that revolved around Prince, like watching the 1999 music video for the first time, or bringing a group of friends home after school to watch the movie Purple Rain at my house, when I was in Junior High. Even as an adult, I recall getting my heartbroken by a woman I met through a Prince fan-group on Myspace (long story, but because of her I can never listen to Prince’s song “17 Days” again…).

Heck, two of my current favorite TV shows are both because of Prince. I watched The New Girl for the first time on that special episode Prince guest-starred on. I never had any interest in watching it before, but I wanted to see Prince. And I ended up liking it so much that I kept watching the show. Been a fan ever since. And at the time Brooklyn 99 was airing right after The New Girl, so I stuck around to watch that too and also got hooked, continuing to watch it even after it got switched to Sundays (I’m glad it’s back on Tuesday with New Girl again). I buy each season of the shows on DVD when it’s over.

There was so much to love about Prince. We can talk about his talent, his self-taught ability to play 27 instruments, his epic fights with Warner Bros. and the music industry in general for artistic freedom. His willingness to push the boundaries of what was “acceptable” in music and video, his bending of gender, race, and sexuality. I think if I had to describe him in one word, it would be: FEARLESS

Prince was absolutely fearless. Prince would dress in the frilliest, daintiest, outfits, adorn himself in makeup and jewelry, like he just didn’t give a f**k. Want to call him gay (or worse)? Go ahead. That didn’t stop him. Or how about Purple Rain? That was the album that fully established him as a worldwide crossover star. His 6th album, It had sold more than his previous 5 albums combined. After that, almost any other artist in his position would have simply attempted to continue doing what got him there. He could have just gone back into the studio to essentially (or even literally) make “Purple Rain II” (similar to the way Michael Jackson spent 5 years trying to copy Thriller with Bad). “Let me write another rock song like Let’s Go Crazy, another power ballad for the title track, etc.” But not Prince. He followed that up with Around The World In A Day, which was practically a 360 degree change from Purple Rain. Now, I loved Around The World In A Day, but he had to know even while he was recording it that that album was not going to sell as much a Purple Rain did. He knew it was not as commercially viable, but he didn’t care. He was more interested in challenging himself creatively, and doing something new. That’s fearless!

And that’s what made him so great. He was always trying something new and different. Sure, it didn’t always work. Go through all of his 39(!!!!) original studio albums, and there’s plenty of songs you’ll want to just skip over. That’s part of experimentation. But when he was on, he was ON. And his music never seems to get dated. My all-time favorite Prince song is When You Were Mine, which is from 1980, and it still sounds as good as any hit song from today.

Prince was just one of kind. He will never be replaced. 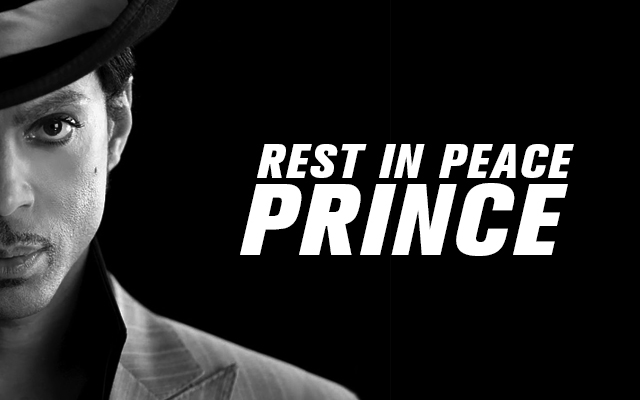