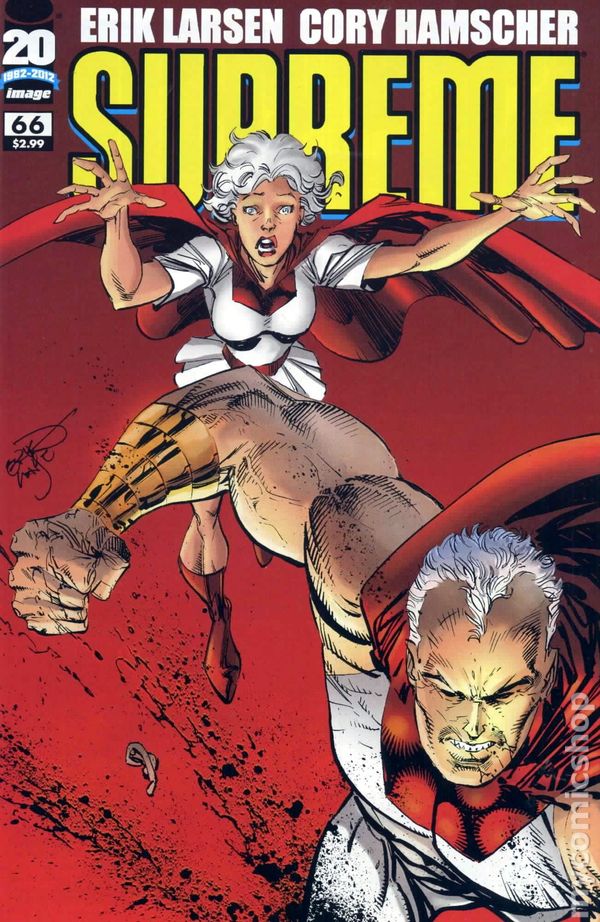 As I stated in the last issue, the timeline of these events, and when they are supposed to be taking place, is a little out of wack. It starts to be addressed here somewhat, as we see Ethan and Diana walking the street, where Ethan realizes that the latest revision must have occurred around them. Meaning their whole lives and backgrounds have been changed, but they are unaware of where they fit in. They go to the address of what should be Dazzle Comics, but it doesn’t exist. Neither does Ethan’s apartment building. They go to Diana’s apartment and that looks the same, but something that they find there reveals part of Diana’s new life, which doesn’t include Ethan in this reality. So they part ways, as Ethan continues to try to figure out where he belongs.

Then we see SUPREME in action. He comes across a gang of mutants in the act of committing a robbery, and puts an end to them with brutal efficiency and zero compassion. 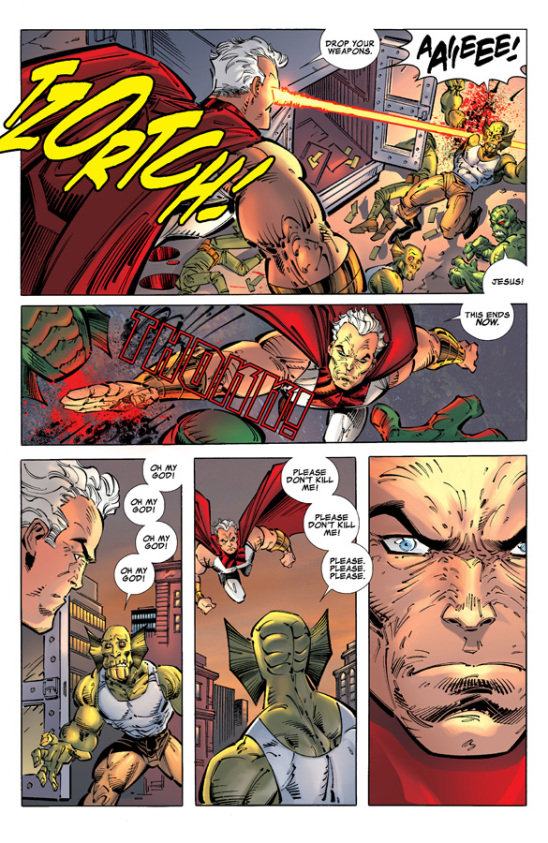 SUPREMA eventually catches up to him, and tries to talk some sense into him, but he dismisses her. Realizing that he’s a menace who needs to be put down, SUPREMA attacks him…which turns out to be a bad move.

SUPREME spends 7 pages laying the smackdown on SUPREMA, only to suddenly be stopped by the appearance of OMNI-MAN (in this reality, the father of Robert Kirkman’s Invincible)

Again, Larsen’s artwork always shines when drawing brutal action scenes, and with Cory Hamscher as his inker on this series, he once again comes through. But, story-wise, I was also impressed with the way he handles the continuity-revision and Ethan and Diana’s reactions to it. I was still curious about why Larsen decided to keep them and Suprema around, but it makes for a compelling and satisfying issue here.