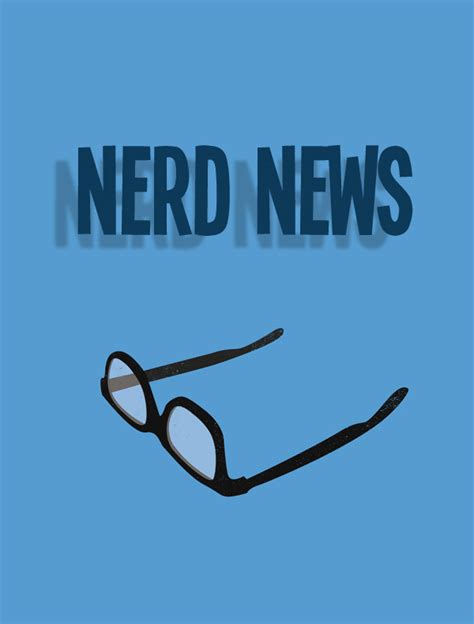 Yeah, yeah, I know, I’ve said that I hate the word Nerd, but it seemed like a good title for this post, so whatever.

‘The Matrix 4’ Is Happening, Complete With Keanu Reeves, Carrie-Anne Moss, and Lana Wachowski

Yeah, okay, I did not ever expect this to happen. I guess I really shouldn’t be, considering that we have a third Bill & Ted movie coming soon, with Keanu reprising that role, which seemed even more unlikely.

I absolutely loved the original MATRIX film, despite it having the unfortunate side effect of inadvertantly inspiring the “red pill” movement. But mainly I think that the film’s overall legacy was hurt by the mediocre (to put it mildly) sequels, MATRIX RELOADED and MATRIX REVOLUTIONS. First off, it could be argued that the film didn’t really need a sequel, that it would be better to have left it with that ambiguous but cautiously optimistic ending. But yeah I know the realities of shoe business, which is that if a film makes a buttload of money you try to make a sequel to get another buttload of money. The problem was with whomever made the decision that they needed to turn this into a trilogy. And then on top of that, the decision to film the 2nd and 3 installments back to back. I think that ideally they should have just focused on making one good sequel. And if that made the expected buttload of money, then you can consider making a third film. But make sure the 2nd film stands on its own, like the first one did, so that if the 2nd one is a disappointment and plans for a 3rd film get scrapped, the audience isn’t left with an incomplete film, such as with INDEPENDENCE DAY: RESURGANCE.

Still, I don’t know how to feel about this news. Optimistically I want to think that Lana Wachowski, having had 16 years now since the last film to think about it, has come with a really fantastic new idea for a Matrix film, that will redeem all the mistakes of the last two films, and blow everyone away again like the first film did 20 (!) years ago. And that this idea is some compelling it’s the only reason Keanue Reeves (who certainly doen’t need the money or work right now) and Carrie-Ann Moss agreed to sign on for it. Maybe they’re going along with the recent trend of films like Halloween 2018 and the upcoming Terminator: Dark Fate that just ignore the previous sequels in franchise to get back to basic. Could this film write-off Reloaded and Revolutions and simply be a direct sequel to the original film, picking up 20 years later? That sounds like the best bet. But for now it’s all just speculation. Well, we’ll see.

At the very least, maybe this will finally put that Sophia Stewart urban legend to rest. After all, if she really won her historic case and got the rights to the Matrix back, then how is Lana Wachowski able to make another sequel without her?

And speaking of film franchises…

Predictably, the fanboys have gone apeshit, where their whoe is me, the sky is falling rhetoric. And I find this very odd, and honestly an over-reaction. I’ve literally seen people already defiantly declaring that they won’t watch the next Spider-Man film from Sony if Marvel’s not involved. No movie’s even started to be written yet, but if mighty Marvel isn’t consulting, then they just know that it won’t be good. I mean, damn, I thought I was supposed to be one of those unreasonable fans. But, you know, even though I loathed the creative choices Zack Snyder made with Superman in Man of Steel I was still open to the idea of sequel, because I thought at least the cast was good and maybe they’d make a better movie next time. I’ll at least wait until a trailer comes out before I judge it.

And I’m not going to act like I get the disappointment, folks were happy to see Spider-Man, Marvel’s premier superhero, interacting with Marvel’s other main superheroes on screen. It was cool to see him in Civil War, fighting Captain America, and in the last two Avengers movies. People wanted to see him in future Marvel films, I get it. But I never expected this deal to last indefinitely. But now folks are acting like it’s impossible to make good solo Spider-Man films without Marvel’s involvement.

Well, personally, I don’t think Homecoming and Far From Home were all that good. Yeah, I said it. I think many folks just let the fact that it had so many references to the MCU, and guest-appearances from MCU characters in it, make them think the films were better than they actually were. Take Tony Stark, and Nick Fury, and Happy Hogan out of those films, and they’re just average. Yeah, Tom Holland is good as Peter, I do think it’s best to keep Peter as a teenager in High School, and I like Zendaya as MJ. But they basically turned Peter into Iron Man Jr. I’m sorry, but Tony Stark is not supposed to be Spider-Man’s idol and his inspiration for being a superhero, Uncle Ben is. And I also don’t like Aunt May being “hot.”

Nevertheless, other than the very final end-credits scene, which I won’t spoil for those of you whom haven’t seen it yet, Far From Home still leaves Sony with a template to continue telling good Spider-Man stories. Tom Holland and the rest of the main cast are still signed for the movies. Spidey has dozens of cool villains in his rogues gallery that haven’t been seen on screen yet. Get some good actor to play The Scorpion or Kraven The Hunter and have them go after Spidey and just tell a good story. It doesn’t need to make reference to any of the MCU events to be good.

It can be done, but fans are acting like it’s just impossible. First, pre-Marvel/Sony deal, even the least successful Spider-Man movie, 2014’s Amazing Spider-Man 2, made over $708 million worldwide. And while that film was clearly screwed up by their attempt to rush a big “Spiderverse” with a “Sinister Six”, Amazing Spider-Man 1 (over $757 million worldwide) was received pretty well, based on it’s Rotten Tomatoes score. And people sure seemed to love at least the first two Sam Rami Spider-Man films when they came out. In fact, adjusted for inflation, those first three Spider-Man films are stil the most successful financially in terms of domestic gross. So even if the next one doesn’t pass $1 billion like Far From Home, the fact that Sony will getting 100% of the profits means they’ll make more money than they did sharing some with Marvel.  So I can see Sony’s POV from a business standpoint.

Now, to end this on a lighter note:

Publishing superhero comics across decades starring characters that, by and large, don’t age requires companies like Marvel and DC to periodically make adjustments to continuity, usually referred to as a floating or sliding timeline. For example, by DC’s timescale, Batman has generally been presented as having been active for about 10 years. Similarly, it’s been established the Avengers thawed Captain America from ice a decade ago and not in 1963. That works well enough, at least until a hero’s origin is tied to a real-world event anchored in time. Marvel has addressed that dilemma with its most famous Vietnam War veteran, Frank Castle, by moving his tours of duty decades into the future, to the Gulf War. But History of the Marvel Universe #2 has a more novel solution for that: simply make another, fictional war.

On a page dominated by depictions of Iron Man villains Mandarin and Wong-Chu, and Invaders foe Lady Lotus, we’re introduced — or, rather, re-introduced to the Siancong [sic] War, a decades-long struggle to lay claim to the primary asset of the Southeast Asian country: “a mysterious energy known as ‘The Dragon’s Breath,’ around which cults and legends had grown.” Although the image of American soldiers wading waist-deep in a river certainly evokes the Vietnam War, it’s instead Sin-Cong.

It’s with a subsequent narration box that we understand the significance of this change: “It was in Siancong [sic] that Marines James Rhodes and Frank Castle, Army Air Force pilot Ben Grimm, military consultant Reed Richards and many others who would later become key figures in history first fought in service of their country.”
READ MORE

Great idea! In one of those great cosmic creative coincidences I swear I had this idea many years, and I believe I posted it on some message boards. No, I’m not claiming that Mark Waid or anyone else at Marvel got this idea from me, it’s just a coincidence. But I thought something like this would make, especially for this reason. For certain Marvel characters who’s origins or backgrounds are tied to real world events, that becomes troublesome as time passes in the real world but not in the fictional Marvel world. Marvel’s separate Max line, which featured The Punisher, made good use of acknowledging Frank Castle’s age, that if he was a soldier in Vietnam he would now be in his 60’s, and it had him dealing with the fact even with him doing all he could to stay in good shape, he was still getting older and his body could take or dish out the same time of physical punishment that he used to. And eventually, that version of the character died. But of course Marvel wants to continue publishing Punisher comics in their mainstream universe. Which means that he can’t be that old. And even moving his military service from Vietnam to the Gulf War is problematic, as this will just delay the same problem as time continues to pass.

So I thought they should make a fictional war, although my main idea was to have it be The Latverian War, so that maybe they have this be the war where young Victor Von Doom lead an overthrow of that nation and became the ruler. Never give any specific dates for when it began or ended, just that it always at most have characters in the comics remember that it lasted “several years” and took place “about 20 years ago.” And that’s when it will have always taken place, which means that right now this war took place in the late 1990’s, and 20 years from now it will have taken place today.

I guess there’s still potential from historical conflicts in the future. As this is portrayed as a war with conventional ground forces, and has the years progress that sort of thing will be happening less and less as technology advances, and the military relies more or remote drones and targeted strikes. But they can also throw in some mumbo jumbo about the use of magic in “Sin-Cong” somehow kept certain tech from working. This is similar to how DC Comics created the idea that Hitler had some device that could depower or control superheroes, which explains why The Justice Society of America and other superheroes of the time didn’t just defeat the Nazis on their own and end World War II quickly.

That’s all for now, folks.