WHY I HATE BEING CALLED “THE N-WORD”

Yes, I have used the N-word many times before, both to describe others (in a good and in a bad way) as well as to describe myself, but I’ve rethought my position on that. I know some people think it’s okay to use the word, that they’re “reclaiming” it, that by using it as a term of endearment amongst other members of their own kind they are somehow taking away its power. But that explanation doesn’t work for me, because then people still get upset when someone who is not part of their group uses the N-word in a derogatory way. So then you get into that weird thing about who can say it, and who can’t, and why is okay for some people to say it but not others? Blah, blah, blah. It would just simpler if we ALL agreed to not use that word anymore. I am, of course, talking about the word…

That’s right, I hate being called a nerd. And I hate the way this word has become adopted by so many, who try to use it in a so-called positive way. I have noticed this trend of people proudly identifying themselves as NERDS, and I don’t really get it. The same goes for GEEK, which is pretty much the same thing, although I have seen actual debates on the meaning of NERD vs. GEEK, as if one is somehow better than the other. People call themselves, and people who are like them, NERDS or GEEKS, and talk about NERD CULTURE or GEEK CULTURE. And they love that horrible sitcom, THE BIG BANG THEORY, where all the lead male characters are pathetic loser stereotypes.

I guess the thing that bugs me the most about the whole NERD thing is that it is all so arbitrary. What makes someone a NERD? Whether someone is that word seems to depend on what types of hobbies they’re into and interests they have. If you’re into comic-books and sci-fi/fantasy, then you’re a NERD/GEEK, especially if you’re someone who’s really into it, like obsessed with it. Yet there are other people who are just as into their interests, but those interests are more culturally acceptable, for whatever reason. Someone who has memorized the titles and plots of old Star Trek episodes is a NERD, but how is that really so different than the people who can rattle off old sports statistics’? A guy walking around in a superhero t-shirt is a NERD, but not the guy in some sports team t-shirt?

If THESE men are “nerds”… 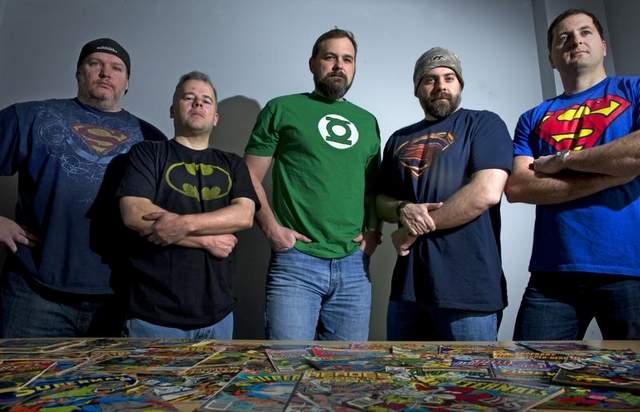 …then what they heck do you call THEM?!?

I know the argument with sports would be that it’s real, unlike superheroes or Star Trek, but it’s not like the majority of people who are into sports are actual athletes, yet, as I’ve said before, I’ve seen people get unbelievably emotional, good and bad, regarding their favorite teams and athletes, beyond all sense of proportion. Heck, there are Fantasy Leagues, in various sports, where people spend hours creating their own teams, and competing against other teams, for real money. THAT is just as obsessive as any fan at Star Trek convention. 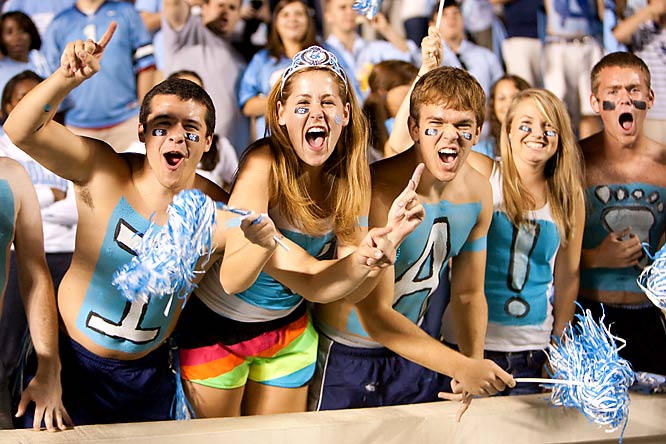 And going back to fictional characters, I’ve seen the stereotypical NERD behavior among other types of fans. Look at Soap Operas. Sometimes I post on Soap Net’s DALLAS forum, and there are people there who are just as obsessed with these characters as I’ve seen on Comic-book forums. People discuss these fictional characters as if they were real. Many Soap actors have talked about how they’ve had fans come up to them and talk to them as if they really are the characters they play, men have been slapped by women who are mad at something their characters have done.

A blog post on Dallas Decoder had me thinking about who would win in a feud between Dallas’ J.R. Ewing and Young & The Restless’ Victor Newman, a few days later me and my older brother sat down and discussed that. And I bet if I wrote a post about that hypothetical feud, I would not be called a NERD, like I was when I wrote about Captain Kirk vs. Captain Picard. But why not? Why is this type of fiction more acceptable, while the other is “NERDY”?

And talking about superheroes and sci-fi in movies. The biggest selling comic-books these days are like 200,000 (for big special event comics), and when you look at the box office for the big hit movies, like Avengers and Star Trek, it’s clear that a LOT more people than just the comic-book and sci-fi fans are going to those movies. Man of Steel just crossed $500 million this weekend, and as producer David Goyer said

“Hopefully what we’ve done with the end of this film is we’ve gotten the mainstream audience, not the geek audience–hopefully we’ve redefined Superman.”

Well, if that “mainstream” audience is going to see this film in droves, then either they’re GEEKS now too, or the so-called GEEK audience is “mainstream” now. No matter how “realistic” they tried to make this film, for the “mainstream” audience, it’s still a movie about an alien who can fly and shoot lasers from his eyes, so don’t kid yourself. If you like superhero movies, you have no right to insult those who like superhero comics by calling them NERDS .

And make no mistake, that’s what NERD (and Geek) is, an insult. Instead of trying to adopt it as a badge of honor, I will fight back against the stereotype. I don’t like that word, and I’ll never use it again.