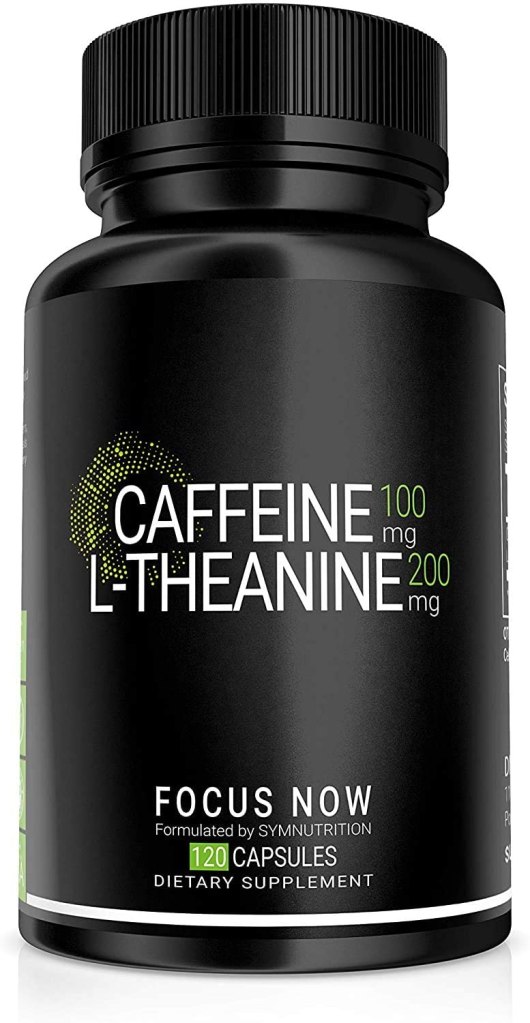 First, let me state that I’ve never been a coffee drinker. I just never developed a taste for it. I’m also not into full “energy drinks”, I’ve tried Red Bull and Monster Energy before, but I hated the tastes. My regular caffeine intake has either been Mountain Dew soda, the little 5-hour Energy drink shots or from caffeine pills, of which I usually take a 200mg pill at a time, usually two a day one in the morning and one in the afternoon, always spaced at least 5 hours apart.

Well, this is a new type of caffeine pill that I tried out. It’s supposed to be a sort of hybrid caffeine pill and a nootropic, in that it contains an ingredient called L-Theanine, which is found in many, if not all, nootropics, such as Excelerol, Trubrain, and Adrafinil, all of which I’ve tried and reviewed before.  L-theanine is an amino acid found most commonly in tea leaves and in small amounts in Bay Bolete mushrooms. Research indicates that L-theanine promotes relaxation without drowsiness.

So I bought a bottle on Amazon, and tried it for a few days, but this not only didn’t work, it seemed to have the actual opposite effect on me as regular caffeine. It made me more tired. I’d get up in the morning and take it, and I’d immediately want to go back to sleep! Needless to say, that’s not what I wanted.

My suspicion is that perhaps the L-Theanine is doing its job just a little too well, in that it’s countering all the positive effects of the caffeine? I’ll note that the pills come with 100mg of caffeine and 200mg of L-Theanine. Maybe for people who usually take 100mg of caffeine that would be enough, but I knew it wouldn’t be for me, as I’ve taken 100mg caffeine pills before, so I’d take two pills at a time. But by taking two pills that gives me 200mg of caffeine but also 400mg of L-Theanine,& maybe that’s too much of the later? Maybe if I could try a pill that has 200mg of both that would work better? I don’t know, I’m just speculating. All I know for sure is that when it comes to this specific pill, I can’t recommend it.