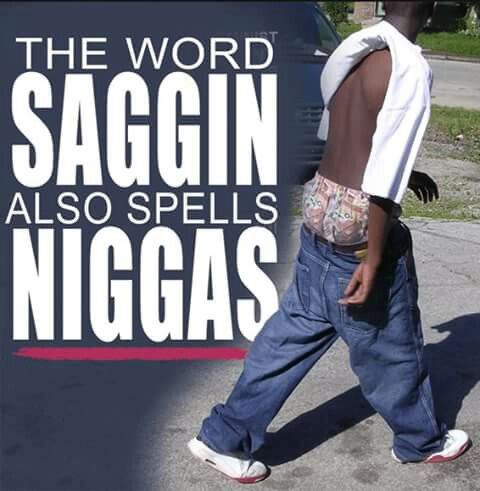 This is a topic that I’ve meant to write about many times, but always put it off because I wasn’t sure I could write it without offending people. But you know what, to heck with it. If you get offended by anything that I’m about to say then you (yes, YOU) are part of the problem.

I really, and I mean REALLY hate this particular “fashion trend”. Walking around with your pants hanging down, exposing your underwear, it is so effing stupid-looking. And I’m especially getting sick of the Black people I know who insist on defending this ignorant behavior. There’s a line I keep seeing repeated whenever this topic comes up. They’ll say something like “For all of you who think that’s all Black men need to do, is pull their pants up,” or “If you think racism will go away if Black men pull up their pants…”.

Please, if there is someone out there who is actually saying that racism and all the other problems that Black people face today will disappear if Black guys stopped wearing sagging pants, then point them out to me. Send me the link to where they wrote that. Because I would love to join you in mocking them, and calling them idiots, because anyone who thinks that is clearly a flaming idiot!

But it is, in my opinion, equally idiotic, and even more dangerous, to pretend like how you dress doesn’t affect your life. I brought this up on Facebook, when one of my friends said that “Pulling up your pants won’t solve all problems,” and I said “It’s a start.” And he countered “No it isn’t, because even Black men who don’t sag their pants also get discriminated against.” Well no s**t, Sherlock! But for crying out loud, that doesn’t mean you should just walk around looking like a cheap hood and thug. The other day I was driving to work, and while stopped at a light, this young Black boy, looking 14-16, walks through the crosswalk in front of me. He’s got a phone in one hand and is talking on it, while his other is holding up his baggy pants. They were so loose that he had to hold his pants up with his hand in order to walk.

And I wondered about his parents, why would they let him leave the house looking like that? Why even buy him pants that are two sizes too big for him? It’s disgraceful, man. Teach your kids some self-respect, and how to walk, talk, and carry themselves in public in a proud respectful manner. Not like THIS: 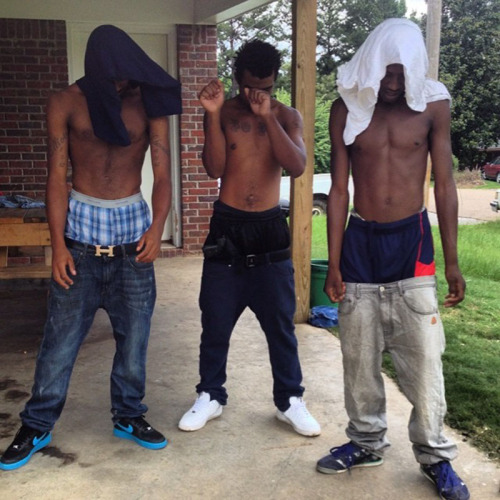 I wouldn’t want these fools hanging out in MY neighborhood.

And lets call it what it is. This is thuggish-looking. Period. This isn’t just some harmless little fashion trend, like bell bottoms or Jheri curls. First, those trends eventually died out. But the saggin pants look has been around since I was in High School over 20 years ago! If anything, it’s gotten worse! It used to be that they worse their pants just low enough so that the waistband of their underwear was show, now they wear so their whole ass is showing!

Why is it still around? And it’s adapted from the look of convicts in prison! They take away your belt in prison, so you can’t use it as a weapon or to kill yourself. So that’s what you’re trying to look like?

And before anyone even wastes my time in saying it, yes I know it’s not just Black males who wear saggin’ pants, okay? 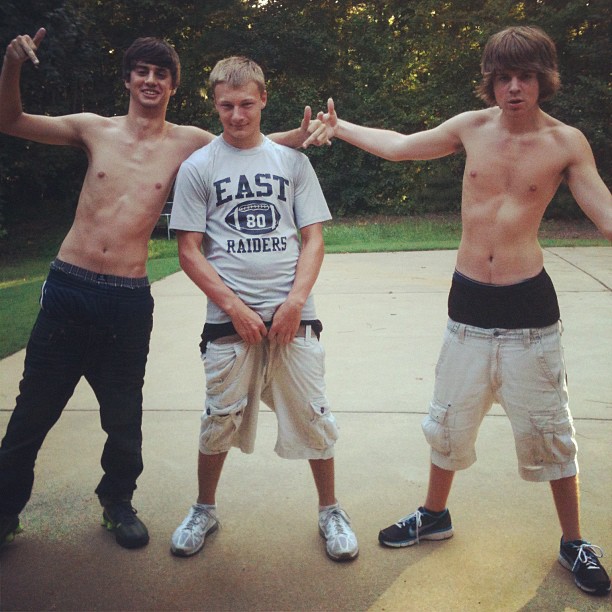 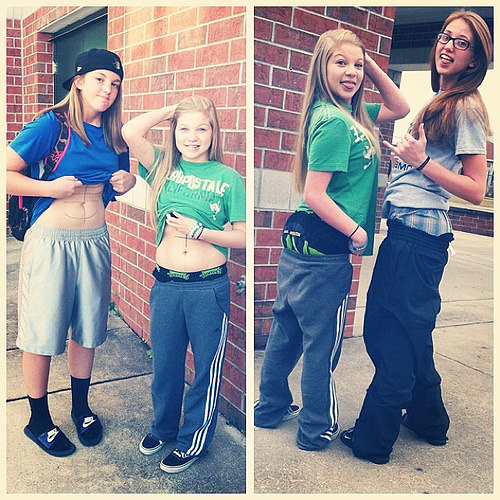 But I’m addressing Black people specifically here because this is MY community that we’re talking about. So that’s what I’m focused on.

And, for record, the somewhat-Libertarian side of me doesn’t agree with any proposed laws against saggin’ pants. We don’t need the government telling people how to dress. My point is that it shouldn’t even be necessary. We, and by “we” I mean BLACK PEOPLE, need to collectively reject this sort of thing, and say ENOUGH.