As I come upon my 7th year on Facebook (signed up in August 2007), & 12th year online overall (I got my first PC in 2002) I’m reflecting on the concept of online friendships. A lot of people used to say, and still do, that all of these connections people make online are stupid, pointless, superficial, these aren’t “real friends,” etc. But I’ve come to realize a long time ago that it isn’t that simple. Social networking is interesting in that it has enabled me to communicate with people from all across this country and the world, men and women from all walks of life, many of whom I never would have had the chance to meet in real life before. In a way I feel that the internet has broken down the various superficial barriers we construct amongst ourselves, so we can be more open, and learn more about the world.

And the thing is that I do have many people that I know just from online interaction, whom I’ve never met in real life, and yet they do feel like real friends to me now. I think it’s because via the internet people share so much, and you see it, and that’s how you get to know them. Some say that’s superficial, “liking” someone’s pictures or posts doesn’t really mean anything, but I beg to differ. After awhile it does have a cumulative effect. I now have people that I’ve “known” for over a decade through the internet, some starting from various message boards that I used to post on, to sites like Myspace and then Facebook, Twitter and Tumblr (even a few from Google+) and even here through this blog. You get snapshots of people’s lives, and you sort of vicariously experience major life events with them. There are people who were in high school when I first “met” them, who are adults now. I’ve seen folks graduate from high school, from college, move out of their parents houses and live on their own for the first time. I’ve seen marriages, divorces, childbirths, babies growing into toddlers and kids growing into teenagers, people getting jobs, losing jobs, facing diseases and illnesses, going through the death of parents, grandparents, siblings, and many many many relationships that have started and ended. 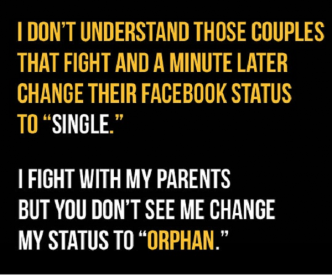 This is especially true of my female friends because, let’s face it, woman tend to share a lot more. When things are going good, bad, or otherwise, there’s always a ton of pictures and status updates to go along with it, from my female friends. I have several friends who literally announce the beginning or the state of their menstrual cycles on their pages. Women love to share. 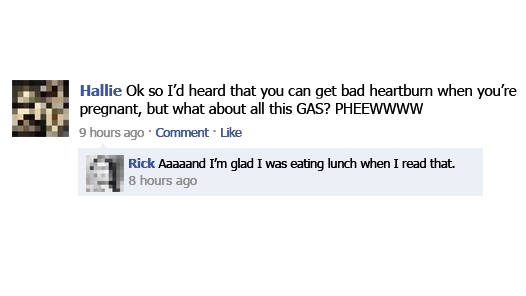 Just in the past couple of weeks, I’ve seen a friend get married, another get engaged, a married couple had their first baby, and another couple moving into a new house, dealing with all the hassles of upgrading it. And I feel like I’m there, every step of the way. I know more about the private lives of some people I’ve never met than I do about most of my coworkers. And I have actually met several online friends in real life over the years, including spending 4 days in Alabama last year with some of my friends from FB, and that was a great time. So I absolutely think it’s possible for online friends to be “real” friends. Even the ones I haven’t actually met. And I think that’s a good thing.

Of course, I suppose it is a problem if your online activities take over your whole life. If you don’t have any friends you actually see in real life and you just spend all of your time talking to people on the internet then that’s probably not a good thing. You should go socialize in real life once and awhile. But in the meantime I’m still happy with all of the online friendships I’ve made.