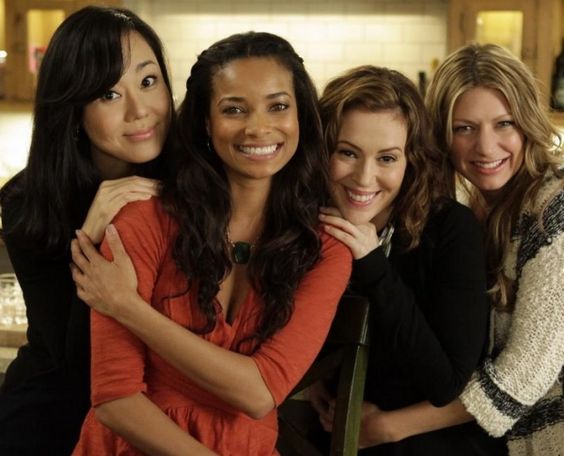 Okay, I’ve got to get to work early tomorrow morning, so I’ll have to make this quick.

Joss and Harry (Brett Tucker) catered a party for Scott, the plastic surgeon (played by the real Green Arrow, Justin Hartley) that Kyra With The Funbags set Joss up on a blind date with last week (without telling her). They flirt some more (although Harry seems uncomfortable when he sees them kiss…I don’t like what that implies…). Joss and Scott’s dinner was interesting. I thought Jess Macallen did a great job in the scene when she was reminiscing about Alex (although I don’t quite remember the relationship being THAT serious last season), and then she and Scott make the Beast With Two Backs. But it wasn’t very good. I loved the awkwardness of that afterglow scene. So Scott confesses his shoe fetish (something that I never understood, but to each his own). It’s a twist, but not exactly shocking and scandalous these days.

I’m sorry if I sound conservative or something, but isn’t it a bit early for April to be having Daniel so involved with her daughter? According to Savi’s dialog it’s only been a couple of weeks since the events of the last episode. And Lucy’s already saying she “loves” Daniel (Ricky Whittle)? Sheesh. Although Corinne Massiah is so adorable you can’t help but feel a little “AWWW” when she said it (plus I loved Lucy and April’s first-bump). But wasn’t it awfully convenient for Daniel’s apartment door to be unlocked when April went to check up on him? Who the bloody Heck leaves their door unlocked in L.A.?!? Whatever. Now the question is, who is the mystery woman that Daniel was with?

I’m…not sure about the Savi storyline. Hanging out with this Zack dude (Jason Gerhardt), getting a neck tattoo, not seeming very concerned when Dom told her about the troubles at work. I’m just not sure where they’re going with this, but I hope they get to wherever it is soon, so this story picks up. I did like the little intervention/ambush scene, only because it’s always nice when all four women of the main cast share a scene together (they could give the Sex In The City gals a run for their money in terms of group chemistry). By contrast, I do like Dom’s storyline, after all the trouble he went through to earn a partnership last season, now he’s risking losing it. His scene with Toni (Rebeka Montoya) was very good. I knew she’d be trouble.

The best story tonight was Karen and her secret dating adventures. It was nice to see another side of Karen, and give Yunjin Kim a chance to stretch her acting muscles, so to speak. I liked the way they showed her sitting at home alone at night, getting bored, before she decided to get dressed up and go out again. So it’s like she’s got a Clark Kent/Superman thing going on here. The final scene where she decided to stop just flirting and finally go to a room with a guy was great.

Overall tonight’s episode, written by Justin W. Lo and directed by Constantine Makris, was a solid addition to the series, though it could stand to heat up a little more.

And I loved this song, which was playing during Karen’s opening scene at the bar. “The Way We Are” by Kate Boy

Plus there was “Betrayal” by Laura Welsh, which played during the finale scene when Karen was hooking up with that dude.

This show always manages to find cool new music for its soundtrack.